Inkubus Sukkubus
with: The Arboretum 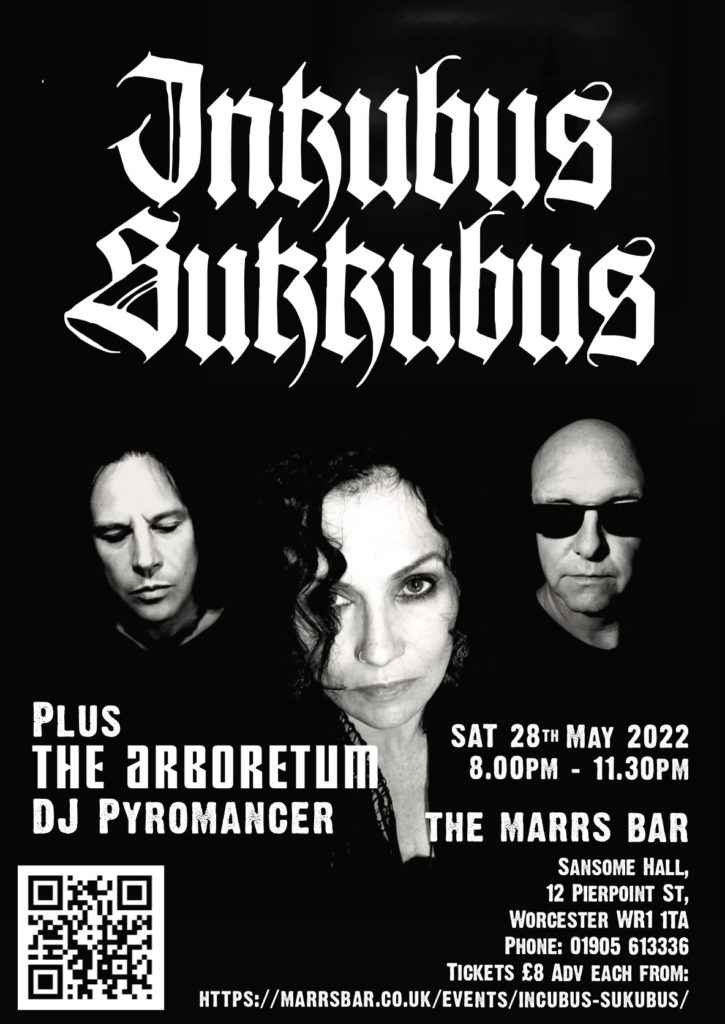 Inkubus Sukkubus are a British Pagan Goth Rock band, based in Gloucestershire, with an international following. The subject matter of their music tends to veer towards the dark and supernatural, exploring witchcraft, magick, folklore, death rites and more. The band formed in the summer of 1989, and have been releasing albums and touring ever since. To date, they’ve brought out 26 studio albums and performed live in Mexico, USA, Australia, Russia, Turkey, Scandinavia, UK and most of Europe; they have also appeared on national terrestrial television in the UK, Greece, Germany and Finland.

The Arboretum are a collaborative musical project driven by brothers Keith and Chris Trim, where they produce a distinctive wall of sound, combining instrumental composition with lyrical layers. Their sound features loud guitars, deep grimy bass lines, and industrial electronic rhythms, all layered over a hard-hitting rock-dance groove.
Pyromancer is a popular scene DJ, originally from Scotland and now based in Leeds, who plays a throbbing, eclectic mix of Trad Goth, Symphonic Metal, Electronica and more.