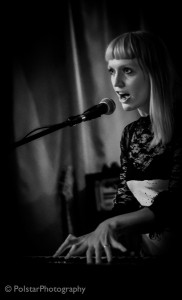 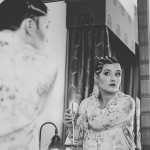 After a 3-year-long interlude, Becky Rose returns to the stage to perform a belter set of originals with the odd cover thrown in for good measure.
One of 40 artists from across the UK lucky enough to be chosen for the BBC Introducing Musicians Masterclass in 2011, Becky Rose’s songs cover a diverse and eclectic range of genres and span from theatrical and progressive to mainstream pop. Although you will see Becky sing and play the piano in her live shows, she produces her own recorded material at home, allowing her music to take on new styles, ranging from mainstream electronic to orchestral.
Becky performed approximately 250 gigs in 4 years across the UK, including the Troubador Club and Amnesty International Headquarters. Nowadays her focus is on mental health and wellbeing, blogging under the pseudonym Betsy Duff. 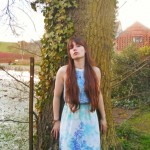 Hailing from Worcestershire, Ellie Anna May blends soulful vocals with relatable lyrics of coming of age themes that resonate with so many. Her ability to pen experiences in a way that makes any listener feel involved in the songs, makes her a notable up and coming songwriter with a twist.